In Minke we have decided to renew the web due to the concern for keeping up and our commitment with its surfers.

Its didactic spirit and the will to bring the world of graphic production to anyone interested survive harder now than at its launch.

The thanks and congratulations from users and customers, this web approach and the work involved, have strengthened this effort that sometimes, it must be said, is exhausting. 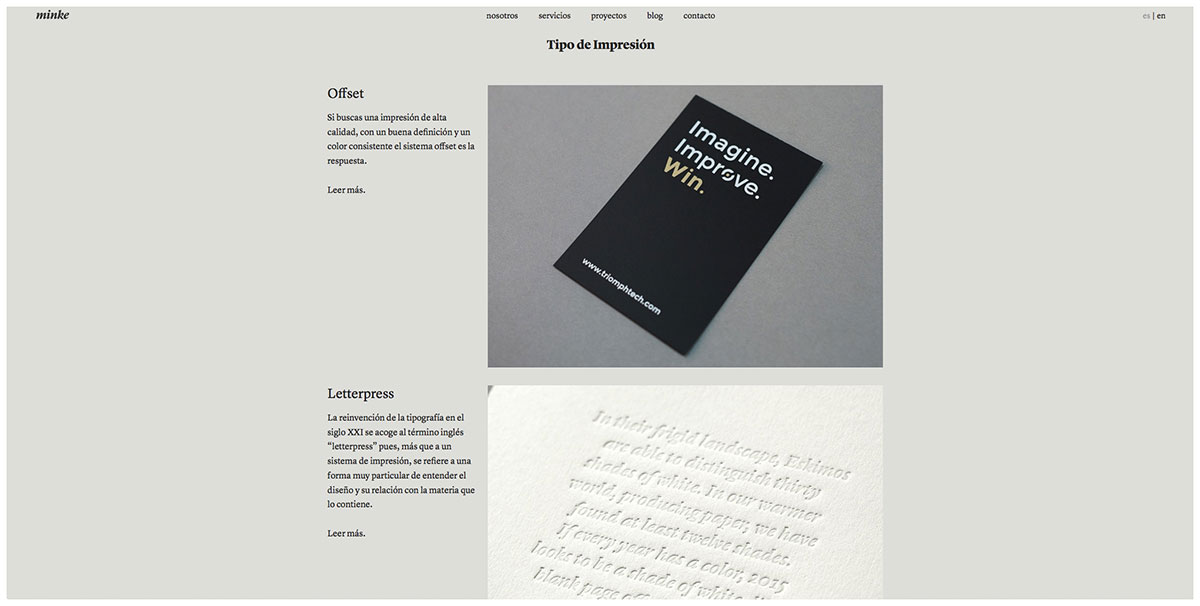 Again we count on Atipo, bulwark of our brand image, in creative direction and supervision of the process. In their work it joins Frimod, Swedish study based in Gijón, responsible for all online development (programming and usability).

The distinctive features of the page will remain not only intact but also they are boosted by its newly editorial design.

Here there is a significant use of our corporate typeface, Lyon text in its Display version. When our site was released this use was not possible.

While Lyon text is indicated for small bodies of text, Lyon display is designed for large sizes, allowing generous headlines. Basically Lyon Display sharpens some aspects of Lyon Text, such as the serifs, while softening others, including the hard corners on the ball terminals and the incoming strokes in the italic lowercase.

Lyon Display is a decidedly contemporary take on the Oldstyle tradition, with relatively high contrast and a wide weight range, while still remaining faithful to the genre’s conventions: the contrast still is far lower than what it would be in a modern display, it also has a light version that does not exist in Lyon text.

Besides the typographical change that better integrates our branding, the images take on a greater importance. Thus navigation is more fluid.

As colophon formularies are more intuitive and it has set a responsive programming, adaptive web design for proper display, in keeping with the surfing habits of users. 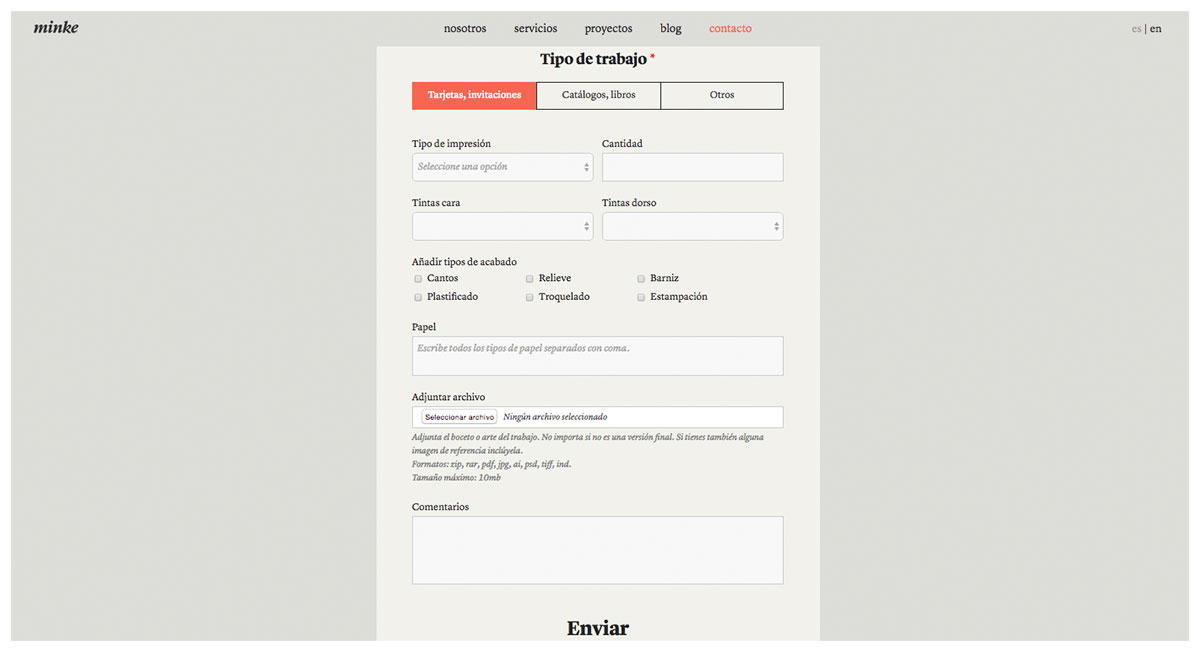 Hopefully this step will continue to earn your trust! We hope you enjoy it.